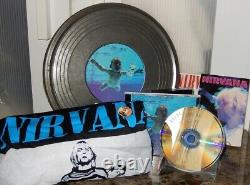 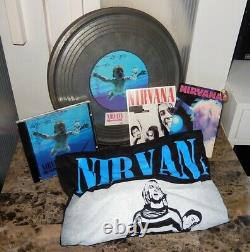 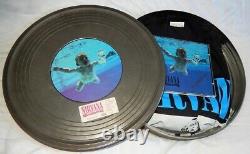 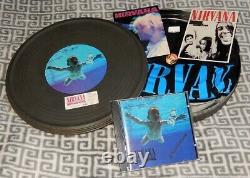 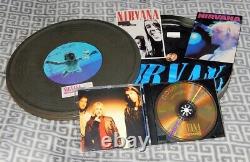 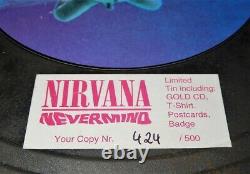 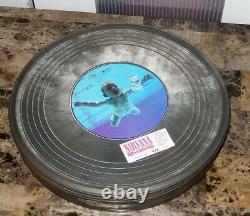 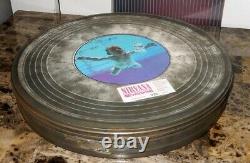 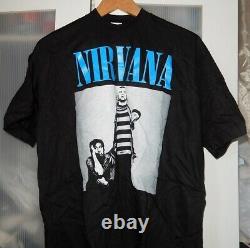 It was produced by BUTCH VIG and was the first album to feature DAVE GROHL on drums! The CD does not contain a barcode - instead, a white box which states: Licensed from BMG Records, Globus International 1992, Praha 2; Jaromírova 61 tel. Globus International was one of the first independent Czech labels founded in 1990 in Prague, former Czechoslovakia. Initially specialized in domestic alternative rock and indie releases, as well as licensed releases of international artists. Now defunct as a label.

This GOLD EDITION contains a hidden track "ENDLESS, NAMELESS" after 10 minutes of silence following "SOMETHING IN THE WAY". ITEM NEW (CD NEVER PLAYED) - RATED AS FOLLOWS. FILM CAN : GOOD MINUS CONDITION (tin is fading to black from age & less than stellar storage)- Originally the can came taped shut, but the tape was broken to show contents and still contains the tape on the sides. Tin front cover features the album art in center & small title label w/faded MADE IN GREAT BRITAIN sticker on back. CD : BRAND NEW / NEVER PLAYED / DISC & ART in NEAR MINT CONDITION / CASE in VG CONDITION - Not sealed as import CDS do not come sealed; Ships in a resealable crystal clear polysleeve for the ultimate protection.