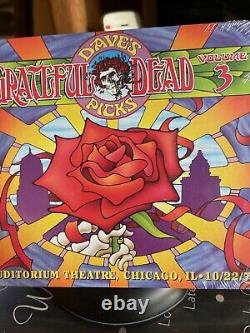 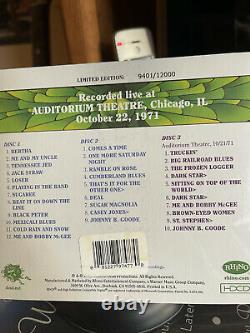 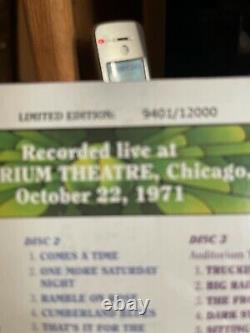 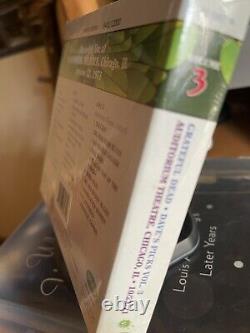 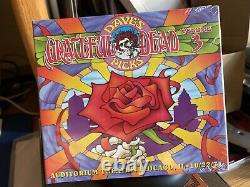 Sealed, NEW GRATEFUL DEAD CD Dave's Picks, Vol. 3 Chicago Il Illinois Auditorium Theatre. Dave's Picks Volume 3 is a three-CD live album by the rock band the Grateful Dead. The two concerts were keyboardist Keith Godchaux's second and third performances with the Dead. Though still a keyboardist and singer with the band, at the time Ron "Pigpen" McKernan was too ill to tour. Godchaux's first appearance with the Dead was October 19, 1971, at Northrop Auditorium, Minneapolis, MN. His sixth performance with the Grateful Dead, from the same tour, has been released as Download Series Volume 3. The band had played the Auditorium Theater (with McKernan) just two months prior, performances which have been released in part on the album Dick's Picks Volume 35. Dave's Picks Volume 3 is the third of the Dave's Picks series of Grateful Dead archival releases, the successor to the Road Trips series. It was produced as a limited edition of 12,000 copies. "Bertha" (Jerry Garcia, Robert Hunter) 6:12.