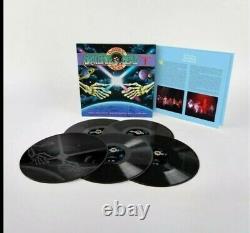 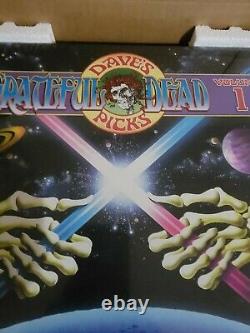 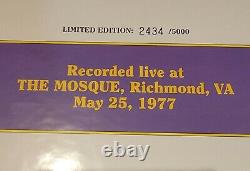 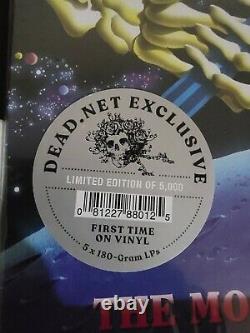 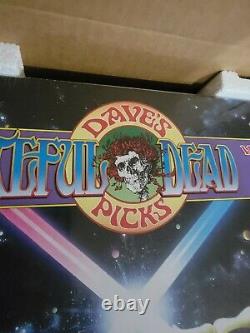 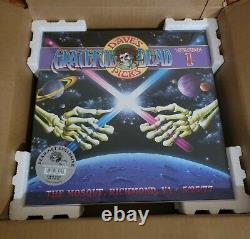 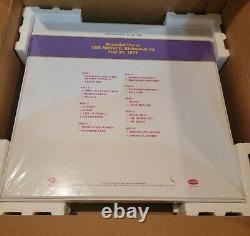 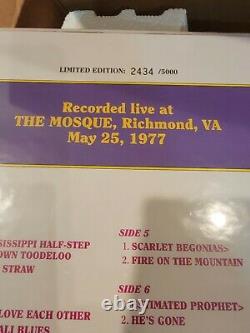 Dave's Picks Volume 1 is a five LP (180 gram) live recording limited edition box set by the Grateful Dead. It was recorded on May 25, 1977, at the Mosque in Richmond, Virginia, and contains the complete concert from that date. It was released on February 1, 2012. When the Grateful Dead play at their best, it feels trite to try to explain it in words.

Dave's Picks, Volume One comes from what many feel to be the band's finest era, so its choice is not a surprise. What may be a surprise is how such musical quality and continued improvisation could be accessed easily on a nightly basis. This recording contains one of these evenings, filled with numerous unique and delightful passages now forever immortalized. Volume 1 of the Dave's Picks series was given an auspicious introduction, starting at the end of one of the Grateful Dead's most popular tours in May of 1977. That legendary month, containing some of the band's finest musical moments, has now been mined for a box set, an official release and Dick's Picks.

The premiere edition of Dave's Picks pulls from this spring 1977 tour a performance that in some ways equals or surpasses any of the previously released and aforementioned shows. Dave's Picks, Volume One brings us back to May 25, 1977 in Richmond Virginia at the ornate musical venue, the Mosque. Two shows would remain until the conclusion of the storied Spring'77 tour. And this concert finds the Grateful Dead playing at a consistently levitated level. The group is listening intently to one another, playing variable and extended set lists - and developing the songs that would become important jam vehicles and cornerstones of their catalog for years to come.

The concert's first set is a typical of 1977's extended performances, which is to say it is brimming with power and grace. The Grateful Dead, by this time in their history, had learned to harness their explosiveness.

No longer playing the extended five-hour concerts of the past, they could now sustain a steady level of intensity for an entire evening. This item is in the category "Music\Vinyl Records". The seller is "buzzbuzz66" and is located in this country: US.