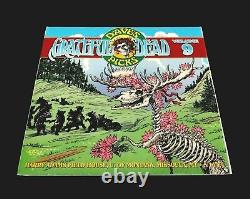 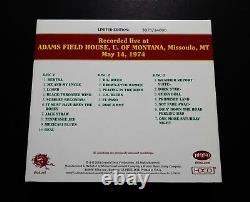 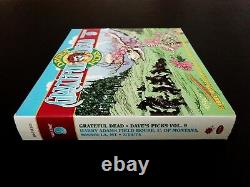 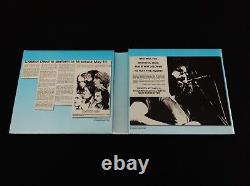 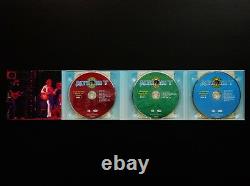 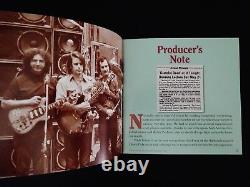 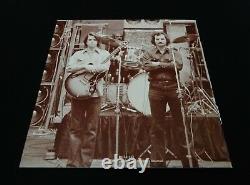 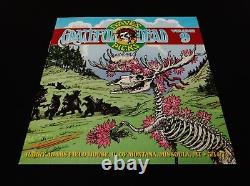 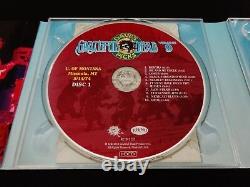 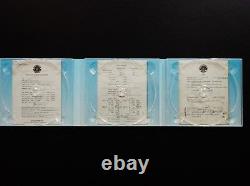 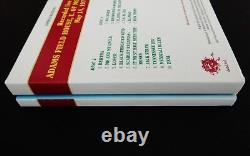 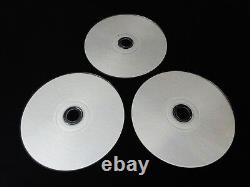 It's time - yet again to clear some space in that' Rack'! The CD Rack, that is... And that's not coming from me - it's coming from the " Skeleton Moose "!!! Of this'74 Grateful Dead release audio Beauty! And, as you can tell...

This Moose definitely means business - but doesn't necessarily want to use his Rack to do any damage to anyone - or anything... Because It Must Have Been The' Bitterroots'!!! This Skeleton-Moose is proudly sporting the Montana State Flower!

- and I should say Flower(s)!! Getting ready to do some Dancin' with the Dancin' Montana Grizzly Bears! - or so it seems... Just before they all go & do some serious Dancin' inside the University of Montana Grizzlies Field House!!!

- time to Boogie Down to some Mid-'74 G. Is this Cover what the Scene looked like on 5/14/74 in Missoula? Well then, no wonder this Dead Show was so darn good. Getting after it on this hot-night - just about 45-Years Ago!!! And all of you G. Taping junkies out there (like me)... What I'm talkin' about when I refer to the Band chompin' Hard! At the bit at this Missoula Show... I mean bring me back down from the Moon - why don'tcha...

Gettin' at it for certain - and in the Spaciest! This landing & transition segue into China Doll is just as Sweet as a Bitterroot!!! But wait, are those even Sweet?

Not really' sounding' that way ha! But this Live-Dead Most-Definitely Is! There is a little " time-keeping " fun right off the bat - before the Bertha opener - delivered by B. And you can tell right away that Billy knows he's Out-West!!! It's quite clear that he's gonna put on his Cowboy Hat and push the Boys hard!

But, it's one of those nights when they don't need it - because they've All! Got the same plan up their collective-sleeves... I mean everybody elbows - jives & musically-instigates - until this thing is flat-out Cookin'!!! It's like a game of Deadhead-Dominoes tonight! And you bet the Skeleton-Moose is diggin' that!

I mean either Keith is a touch loud in the mix / remaster? - or he is just completely Drivin'!! - being the proof right inside the Bitterroot! Bobby Weir has got both volume & attack at his! Thing going - where he is almost band-leading by bopping everyone when they need a good musical boppin' - nudge - or push! Pre-hiatus Purists - if you don't have this one - you need it!

The interplay is clean - near-flawless - inviting - and seems to always leave a clear canvas - for the next guy who is feelin' it to Paint! And, just like I Always! When Jerry's Wearin' Jeans...

It's Fine By Me!!! Yep, I'm darn proud of coining that one... As I did it like over 30 years ago - while listening to Freedom Hall'74 - as then I had the Vision! Garcia is scary-good - in not only his chops alone, but in the obvious fashion that you never know where he's going - but, when he does it... You'll already be there in the Music-Mind!

But, as usual - this guy is always two-steps - or many more ahead. This is such a creative period for Garcia...

I mean it's not the most vicious - mean & nastiest stuff i. Somewhere between'81 &'90 the stuff that I Live-for!

On the frets - tones - of the Boss!! - but, the creative element of' what's comin' next' is just pure-excitement...

And, especially in the loose & Spacey-Zones! " And, on that topic of " Zones -- well, this release Must! Be acquired by all Phil Lovers! Not just because he's on the mark! Because there is a ridiculously!!! Close-up photo of him in the Liner Notes... I've seen some Phil-Photos in my days... But this one is Killer! Phil it up in 1974! - that's what I say. And, one final note - there is a little paragraph segment inside these Liner Notes, from the local May'74 Missoula Newspaper - that reviewed this Show... And, at least to me - it's a Complete-Classic! >>> First, it follows a little bit of rap - about the Wall Of Sound!

And then this >>> But, the musicians were the important ingredient, and Garcia is one of the best musicians there is. He nonchalantly stood onstage, bracing himself on one leg as the other rose and fell with the tempo of the music. Garcia was at his peak in the Dead's half-hour' Playing In The Band' jam, when he took a foray into rock, jazz and finally an electric neverness that left the crowd spellbound. Well fellow Fans, that was said by Steve Shirley back in'74 - after coming down from This!

Show - well, then again... Maybe he never did come down from it? Anyone whoever saw Garcia in that' Zone' live - in one form or another - one venue / city or another - or at any place or Space! I mean do you really ever forget it? So, here we have it...

This CD Set is in " Collector's Grade " Like New Near Mint/Mint! Please see all photos provided. Photos included are of the actual item you will receive. 5/14/74 at the University of Montana!