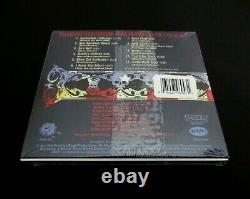 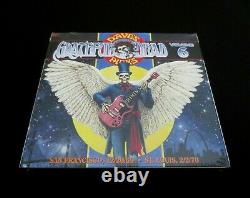 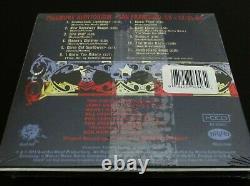 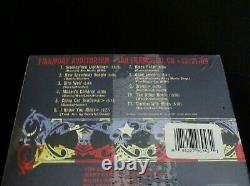 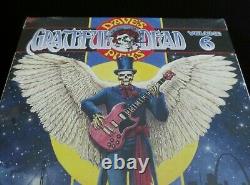 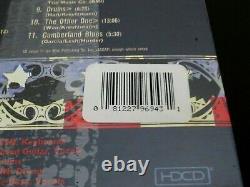 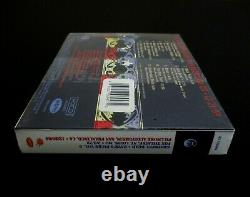 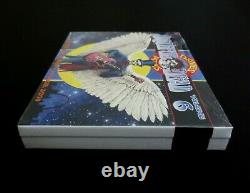 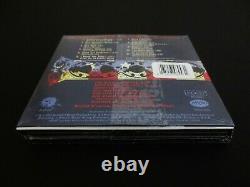 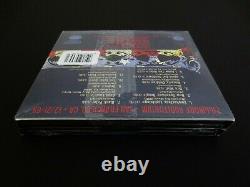 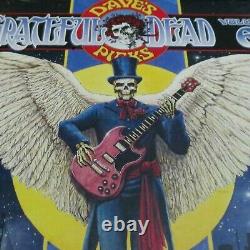 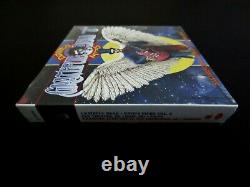 Does anyone remember the " Houseboat Tapes " story? And their " Return " to the vault via Keith (via' Houseboat' storage for decades) > Donna > Back! Sure you do, and if you don't? Read up for certain - or, just let Dick's Picks #35 do all the Talkin' for you.

Ahhhh yes, yet another " Return " of Reels! To that so precious G. Vault - and just like Supertramp once so-well said - these took the " Long Way Home "!!!

Originally recorded at the Fillmore in'69 (12/20/69) and at the Fox Theatre St. They then traveled & lived well, who knows exactly where - eventually landing in New Jersey, and from there to North Carolina... Then from there back to the Vault Finally! This being the 1st in a long-while? At least' significant' return of material to it's home - just how glad these reels were to be housed against their friend s...

And it really makes you wonder how many more times it will ever really happen? Who knows, but I'm just so incredibly glad when it happens. Watch out fellow fans - as there are some serious chunks of magic to behold on these CD's. Once again, the remastering process appears to be near exceptional, as these reels must have been fortunate enough to sustain & survive well!

This beauty jumps right out of the trunk/box/bag?? With a kickin' Casey Jones! Then Hard to Handle even shows a little Jerry/Pigpen off-timing that made me smile! More so just to pleasantly remind me that I might not have ever been able to hear it - so very Grateful!

Then the backside of Disc 1 gets thick!! Cumberland, Dark Star a new one to most all of us - hurrah!! Stephen > Mason's Children, Good Lovin' > Uncle Johns Band -- and a noteworthy U. My personal favorite on this set - because it is just so darn groovy & brilliant! Lovelight > Not Fade Away > Lovelight!

Well, there's a moment of magic here that sends sheer chills up the spine of this here humble G. Fan - but, as I like to say... I don't want to spoil the soup!

And just to think that you get two (2) long-lost soon-to-be-friend-of-yours in this release. So yes, this is definitely one to behold - for all reasons obvious. Thanks to Eric, Janet & Brett!

- as 2013 feels better then ever fellow-fans, just right about now... So Turn on Your Lovelight - and Let It Shine!!!

Three-Cheers for more down & dirty - yet immaculately-Clean! Truly the " birthplace " of the unlike no other Workingman's Dead era... Just reading these eleven (11) tracks just about gets your blood-pumping, and listening? Better grab for those head-phones.

Yes, I declare this an official " Headphones-Only " moment! Well, I don't need to because here it is - on paper... Smokestack Lightning > New Speedway Boogie - Dire Wolf - Mason's Children - China > Rider - Black Peter - Good Lovin' > Drums > Other One >>> Cumberland Blues! And yes, I put these three " >>>'s " here on purpose - no mistype at all!

And it almost' feels' like that very special place where musicians are even playing more so for themselves, trying to improve timing perfections & communications right before the eyes of that so fortunate Fillmore 12/21/69 crowd in the venue on that night. And as you'd hope for? I myself wasn't sure the'74 Cap Center "Bonus Disc CD" from 2012 could be possibly be topped -- but this one here steps up to the plate with some heavy-duty Pigpen pride, and takes one heck of a swing! And yes, I probably should not hesitate in advance - in letting all of you " Phil Zoners " out there know, that he is all-over this show - continuing to re-invent the bass-support & lead role in this massive Late'69 unit.

Just hearing how the sound was dialed, remastered, and the fact that this is just one hot night! You might even be able to make the argument that this 11-track treasure just gets better & better as it goes on.

Now what loyal & die-hard Dead Fan could ever ask for more then that? I have always hoped for this one to be a pro-release after hearing an incomplete audio (audience) - snippet somewhere in Eugene just about over 20-years ago. Oh my, how patience is a virtue... And these days it seems to continuously be rewarded with many huge vault releases. It's still a Beautiful-Time!

This is the 4-CD Set Version - including both! Dave's Picks 6, and 2013 Bonus Disc too... Please see all photos provided. Photos included are of the actual item you will receive.

Please Note : A small Limited Edition number of 13,000 was decided on for each Volume (the 3-CD portion) of' Year Two' in this Dave's Picks Series. Based on the initial pre-order quantities, I assume? Most likely it was done (again) to encourage fast-sales - and it worked very-well. So it's now out of print for good, and no more will be manufactured for sale. And as for this Rare " Bonus Disc CD "? My personal' guess' is close to only 10,000, but of course - I cannot say for certain... As this 1-CD addition was only available to " Pre-Order " Annual Subscribers to the 4-Set (Quarterly) 2013 Dave's Picks Series.