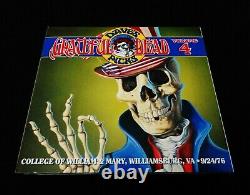 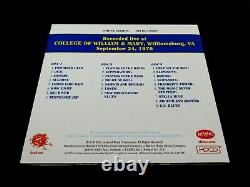 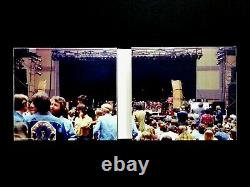 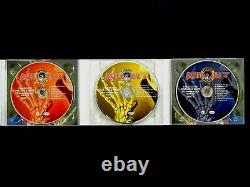 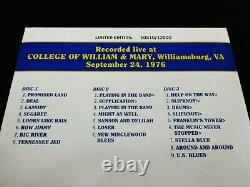 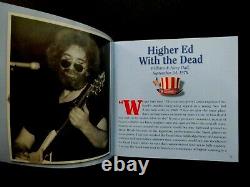 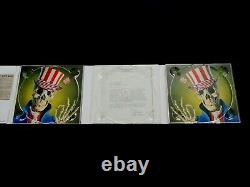 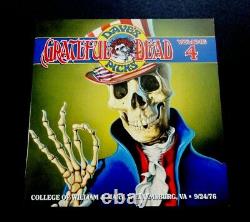 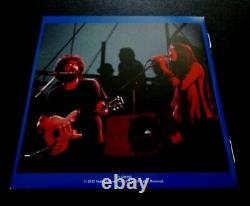 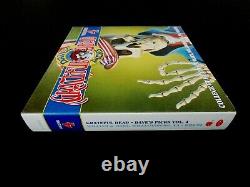 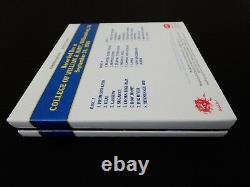 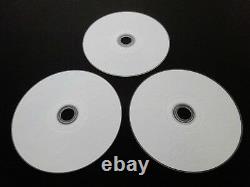 The Grateful Dead only graced William & Mary College four (4) times ever... And fittingly, due to the actual size of this relatively intimate Venue - the final show that took place in 1978 was indeed all she wrote. Ahhhhh yes - the " Small-College Circuit Days "!

I myself even at one time lived in Southern Virginia for a short while, and if you have ever been to either William & Mary and/or the rustic-Historic city of Williamsburg... Then you have a nice-handle of just how Sweet!

This town would have been for the road touring Dead-Faithful to descend upon - and... Especially in the Mid-'70's! Well, the Band pretty much struck Live-Gold!

Well, this remastering job is Pristine! As you just might expect with this growing " Dave's Picks " Series... Then you have already been fortunate enough to hear the Playin' > Supplication > Playin' throw-down that is included on Disc 2 of this Set!

This is Big-Time Late-'76 G. Here, no doubt - and it really does show where'77 was headed. To me & my ears, you get a little more of the up-beat & jumpy'within' the smooth... Where as by the time Spring of'77 rolled around, you got a little more of the silky-smooth, way far-out & pretty much Galactic! Strong 1st Set material worthy of noting in the forms of Deal - Cassidy - Sugaree - & Big River. And the Set 2 stuff just gets off-the-charts - and indeed makes this pro-release a must-have in my humble Dead Fan opinion... The Playin' > Supplication > Playin' (as mentioned) - Samson - Loser, and of course Help > Slip! > Franklin's > Drums > Slip! It should also be noted that the Stella Blue is especially pretty, as Garcia certainly digs real-deep. Both the Around & U. Blues deliver some nice hot-pop for the outro, definitely allowing the Deadhead / College!

Crowd to walk-off campus feeling just-fine!! And, last but not least..... One of the most-vital reasons to hear & own this one is very simple - so, I hope this serves as a friendly reminder!

So now you can see where I'm heading here, right? If you loved Dick's Picks 20 - just as much (or even more) than the rest of us... Need to capture this 9/24/76 William & Mary release as it was indeed the' Alpha' to these other familiar two' Omegas' on this Lightning-Hot! Fall Tour 1976 East Coast run.

Dave's Picks Volume 4! Please Note : A small Limited Edition number of 12,000 was decided on for each Volume (of 4) for this Inaugural 1st! Based on the initial pre-order quantities, I assume? Most likely it was done to encourage fast sales - and it certainly worked very well. This Volume 1 Inaugural 1st! So it is now Out of Print for good, and no more Sets will be manufactured for sale.