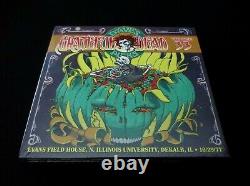 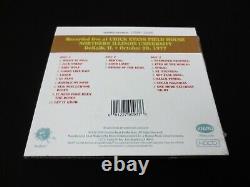 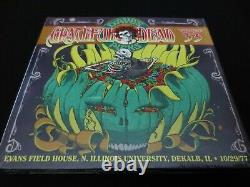 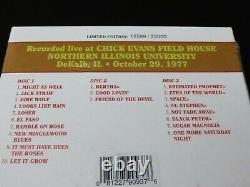 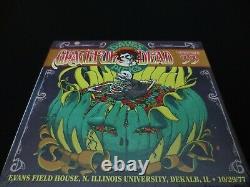 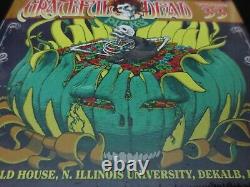 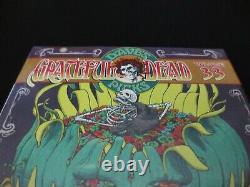 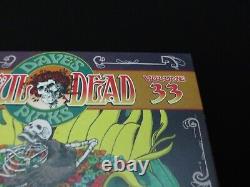 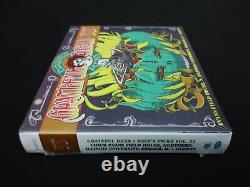 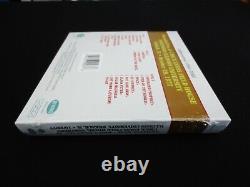 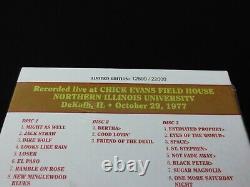 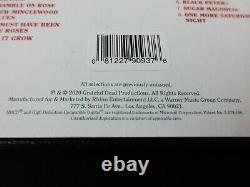 / Rhino (GDP / Rhino) : Limited Edition' Individually-Numbered' Set (of # 22,000) : G. Grateful Dead 1977 Fall Tour Show in' DeKalb' Illinois! Inside the Chick Evans Field House at Northern Illinois University N. An arguably " Legendary " Prime-Era Dead Show to many Dead Fans - and at times uncontrollable' Feet-Mover' & " Jaw-Dropper " to All! Who are' in-the-know' on their 1977 Huge-Dead-Nights!

- where' All' the Planets aligned & the Music! Well, just' Might As Well' get this simple-fact out the way right here & now... Because when you're a Grateful Dead Fan or, really... Live-Music Fan - and you get your Ticket torn at the Turnstiles Gate?

Is undoubtedly the type of Live Concert that you initially walked in there to hear & see with your fingers eagerly-crossed - just Hoping! You were likely Hoping to Hear! In which you were Hopeful! It's no secret & everybody knows that in the Post-Pigpen Era - when " Everyone " in the Band is playing on That-Night - at the Top! As I - like many (or, maybe even' most') life-long Deadheads have always held a special-place in my heart for 1977 Dead! In the Increasingly-Incredible' Ascension' of Live-Dead from the very-beginning of the Mid-'70's' Post-Hiatus' Dead-Era. This goes back obviously to the Glorious!

Because, undoubtedly & without question... There was Always something Critical &' Crucial' to Hear! - which you absolutely' needed' to Learn-From!! Was just that-type of a' Feeling of Accomplishment! When I first got my hands on the " DeKalb'77 Tapes " - way-back some 30-years-ago here today.

And, just being straight forward, up front & honest - despite my Huge-Praise! " for this Show - I always really considered it a " Spots-Show - basically meaning that all things considered & all-throughout the Show - it might not be a' Top-10' Show from 1977 for the Band obviously...

Right at the very bottom of this Top-20 - but, considering the Tough-Competition!! Of'77 Live-Dead - that is still really one heck of an Accolade! And, obviously here - you are talking about going up against Spring'77!

In a different way & in its achievement - with that being just' How It Ranks! - within the 1977 Fall Tour!! I mean - no joke at all, as I've got it myself Ranking as a just' almost'... Knocking right on the Door too, in all sincerity - in pretty-much the 7th or 8th spot!!

As just like the actual Calendar Year of " 1977 "... Couldn't Live-Forever then like it Still! - but, it's always an interesting study to hunt, scour & ultimately-determine the' actual' (& obviously-arguable) " decline " & all of that. That it was - but, and then... Came the time to Remember, Remember!

- and last, but most-definitely not-least - and, more like-it' The-Best! Truly one of the Finest! " Weeks " Ever by the Live Grateful Dead! - just What-Band out there' Ever' does That!

In arguably maybe even 4th gear? And, even though this'77 DeKalb Show could quite easily be considered a " Bob & Phil Show " - Garcia flat-out takes in Over! In the 8 & 10 spots of Set I - with Absolutely-Sizzling!!! Versions of not only Minglewood!! There are indeed some Smoldering!

That might even make some of the other Future Bosses? And these' Alone' are why every Garcia-phile out there has to have This-Show! The Bertha > Good Lovin' are impressively-remarkable " Boogie-Down " Moments!

As the Encore - as, it really just' had' to be though - Right?? As I sure bet they were so-tempted to possibly just kick it aside?

- just go with the flow -- and deliver the Uncle John's > Johnny B. And with all seriousness here really... Was indeed the type of Fine-Live-Dead-Night!!!