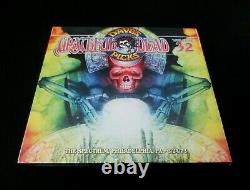 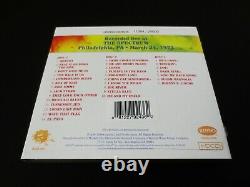 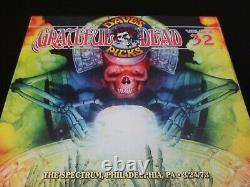 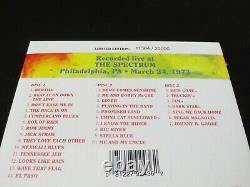 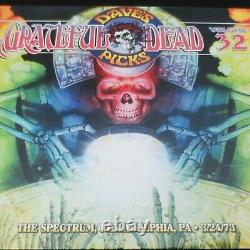 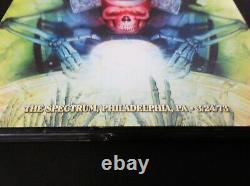 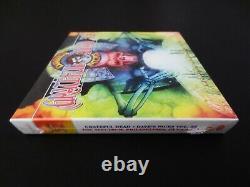 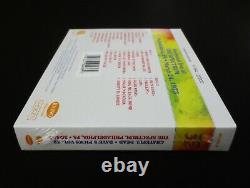 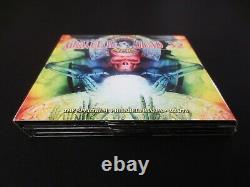 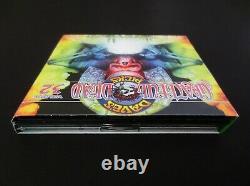 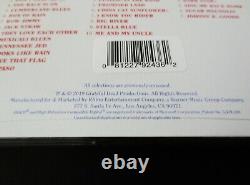 Oh yeah, and too naturally... " - as if you're just some name-less / face-less mechanical monster - that just' happens' to kinda kick-down a " MONSTERSHOW!!! And, I just gotta say straight-up & first and foremost - if 1973 Live-Dead is one-of your own personal Favorite! Bag of tricks - or, it's perhaps your " Favorite " bag of Dead-Tricks! Are in for one heck of a ride!

A Spring Tour'73 Mystical! As " Monster " is even a little bit of an' understatement'... And what I really-mean is MoNsTeR!!! Jerry, Bobby, Phil, BK, Keith & Donna Jean... " of this Winter'71 to Fall'74 " Uni-Drummer Dead Unit! The' Mick-Free' years - but, you already know all about that. So yeah & getting right-back here to " 1973 " - the one-question just' still-remains' - and, I have to imagine that it always-really-will... As it's indeed true-fact that the " Opinion(s) " are just always (and always have-been) all-across-the-board on' What? " - clearly one-of the Grateful Dead " Prime-Era Years - that is indeed' beyond-worthy' of that degree of vitally-important' dissection'. And I'll say it loud & clear that my vote has always traditionally been pulling on the " Winter'73 " lever (for almost the last 30-years, myself) - but, my steadfast commitment to headphones like... Almost a " headphones-only " type of commitment over the last near-decade not to mention the " so-many-killer-'73-releases " that have newly surfaced! Has really-truly-began to' tilt' my eyes, ears, and mind - in the direction of Spring Tour'73! And I mean hey - to just put it bluntly... It's' earlier' - and I think at least in the vital-case of analyzing " Jerry " - it matters all the more. I mean it's kind of like the similar impossible' pick' of... As that's almost something-like Who's a better British Rock Band? But, it's just like this... 71 >'73 Garcia-Live is arguably the " Mastery-Point " of getting the Most! And also even laying-down the earlier Mid/Late-'60's Gibson(s)! One of the " Most " critically-altering' Decisions' in really' All' of Rock & Roll which Jerry made here in this Live-Dead Period & Era!

And, at least to my ears... I'm sure damn-glad he did it! Just think of the differences in sheer Gain! That this period would have' faced' Forever! If Garcia played it with say...

He chose to rifle This-Era This Magical! With the choice of Clean-Tone!! And, then the more I listen (and believe-me - I listen a-lot)... I'm almost starting to get hung-up on " Spring Tour'73 " being really the " Pinnacle-Flagship " of this Single-Coil Pick-Ups " Clean-Tone " Era! It's So-Incredibly' Brisk' that it almost Snaps!

" - and even' with' what one might call " unity-gain-buffing! And with the sheer " Timing " of Bobby playing a Gibby Double-Cut 336?

There are Moments that both border & also truly-achieve' Crystal-Clean' Live! And, I have to say (&' admit') too that I'm' Extra' Head-Over-Heals with this 3/24/73 Spectrum release - because I only' ever' owned a roughly 90-minute (or' less') portion of This-Show! I got it in the'80's from Metal Tape (Cassette) and Recorded it Carefully! To Chrome Tape (Cassette) - and could never track down the other' portion' of this Show like' Most' of this Show! - simply because I just could-not find the proper & respectable Sound-Quality in which it rightfully deserved to be archived.

And, from a say " Dave's Picks " perspective? It's not fair to call this UCLA'73 level but, what really-is?

" as it stands' Way-Tall' kind of much-like a " Broad Street Bully! Time to go & Fire-Up those Cones!! TRACK LISTING >>> Grateful Dead Recorded' Live' at The Spectrum - Philadelphia, Pennsylvania (PA) : March 24, 1973 (3/24/1973) : Disc 1 : Bertha Beat It On Down The Line Don't Ease Me In The Race Is On Cumberland Blues Box Of Rain Row Jimmy Jack Straw They Love Each Other Mexicali Blues Tennessee Jed Looks Like Rain Wave That Flag El Paso Disc 2 : Here Comes Sunshine Me And Bobby McGee Loser Playing In The Band Promised Land China Cat Sunflower > I Know You Rider Big River Stella Blue Me And My Uncle Disc 3 : He's Gone > Truckin' > Jam > Dark Star > Sing Me Back Home Sugar Magnolia Johnny B. Out of Print (2019 GDP / Rhino release) Grateful Dead Dave's Picks 32 Volume Thirty Two The Spectrum - Philadelphia, Pennsylvania (PA) - March 24, 1973 (3/24/1973) Limited Edition / Individually-Numbered Set (of # 20,000) 3-CD Set is in Like New Near Mint/Mint! Condition - very-close to New overall. The factory sealing shrink wrap has been severed on this 3-CD Set, but the CD Case has never been removed from inside the factory sealing shrink wrap. The CD's have never been played - and the CD Case, CD's & Liner Notes have never been touched (severed shrink only). This 3-CD Set is new minus the opened / severed shrink wrap mentioned, and it has been Collected-Only! Inside protective plastic in my professional CD rack. Please see all photos provided. Photos included are of the actual item you will receive. Grateful Dead Spring Tour'73!!! This Grateful Dead " Dave's Picks " release series has constantly growing in popularity...