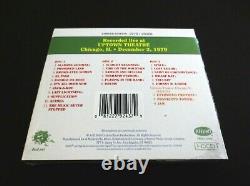 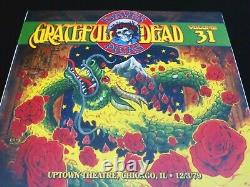 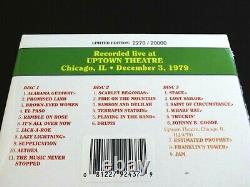 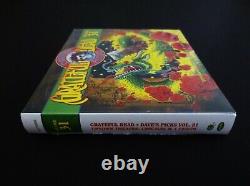 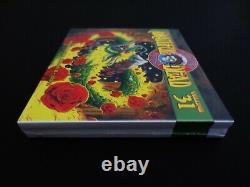 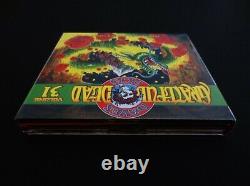 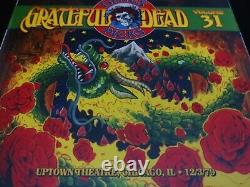 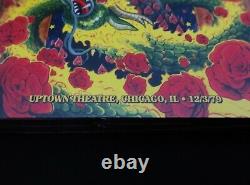 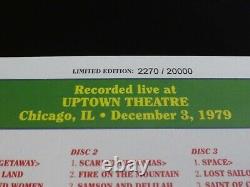 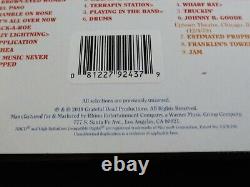 Mighty-Impressively - from 1978 through 1981!!! And, being that this is indeed a Brent-Era! I mean - you've just GottaGrabIt!! And stick This-One most-comfortably inside your cherished Live Music! CD Collection for pretty-much Time To Come!

Some " Very-Fine "'79 Dead Muscle! - and, just one-look at the Set List itself! As you can quite-easily see the potential Hot-Spots!

So, when I saw this one issued & the Way-Impressive Artistic Cover! - I said to myself' Two-Thoughts'... First : What a Killer Cover! / then, second : But, Wait?

Why are we using a Stellar Dragon!!! " Art - on a " Non-Mardi-Gras-Dead-Show Cover?? But, then the irony definitely got a little bit' thicker' too - as I slowly, but then totally-remembered 12/3/79 Uptown from my Dead-icated Analog! So, there's really no real " PC " way to say this or, even type it, I suppose?

- so, I'll just put it this way... The " Dragon Cover " is pretty darn' appropriate' in hindsight actually with at least the' start' of this 12/3/79 Uptown Show - simply because... If, you know what I mean & know what I'm saying here - which, I'm quite sure you do. But, this goes on only for the first 1/2 dozen Songs in the 1st Set - which, is obviously' debatable' + early Set II' moment(s)' as-well - but, at least that's where I'll just go ahead and draw-the-line on all that chatter.

He's obviously just induced a bit too much, or we'll just say overindulged - from like Alabama > All Over Now-ish? - so, if hearing Jerry have a bit of trouble gripping the fret board on-time and in-tempo (like Jerry does) bothers you a bit? Just simply start Disc 1 on the Lazy Lightning! - and then you're in for the Start of a pretty much Magic-Packed! - I'll also take the All Over Now and Jack-A-Roe!

- as really anyone who has a good ear for Live-Dead music (and especially from this era) can hear with relative-ease that he's clearly struggling to get anywhere near to' on-the-mark' for his personally super-high standards (no-pun intended). So yeah - and in-addition-to the Lighting > Supp! Here's " Truly " where it's at!!!

- which definitely makes having This-Show a completely " No-Brainer " obviously... Just on that one-notion alone! But, as far as that old adage - or, will just call it that Good Ol'!

Hey, I mean I gotta say... Sure seems the one overall to be truly' Holdin' the Lighter! He's Feelin'-It Kind!

On & off throughout - and the Rhythm Devils!! To come too, just around the corner Comin' Around! For the Good Ol' Grateful Dead!!!