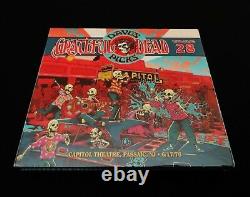 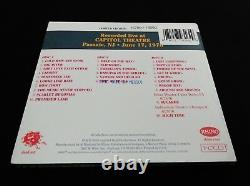 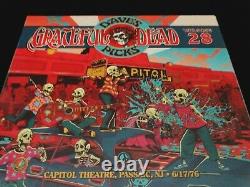 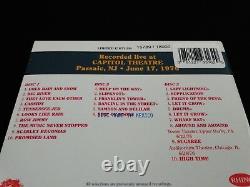 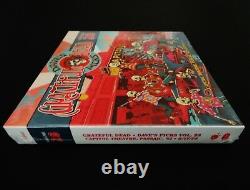 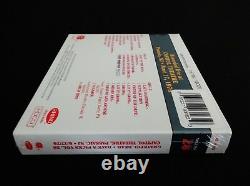 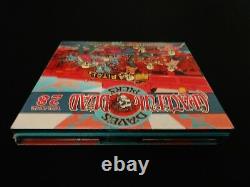 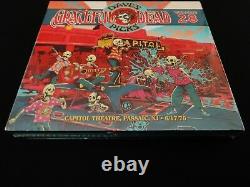 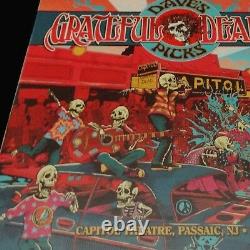 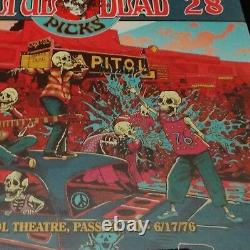 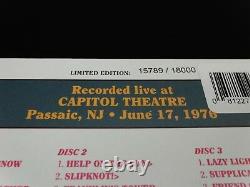 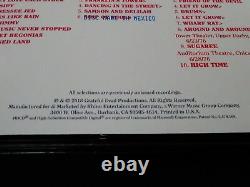 - at the Capitol Theatre! -- Night 1 of the 4th Tour stop!! > Franklin's > Dancin' > Samson!!! - Lazy Lightning > Supplication! & Let It Grow > Drums > Let It Grow!!! I mean talk-about the' Spirit Of'76! - and that-of the New Look! As let's not forget here - that This! Northern Mid-Atlantic Tour leg truly marked The! Return Of The Grateful Dead!!! Officially' really - since after all... This was Summer'76 Tour! Just bringing the Flat-Out Heat! In the New Jersey / New York Metro-Area!! Tour-leg stand - which, actually somehow did start-out in Good Ol'...

But, I'm sure you know what I'm getting-at here - if you are a Deadhead (from really any-Era through 1995) who saw Shows with any consistency in All! Fan Base neck(s) of the woods. Just to set the stage here - the Grateful Dead are actually delivering a " Comeback Tour " here, essentially - after a close to 2-Year kinda...

It's real-safe to say that These-Shows! Were marked real-big on some East Coast Deadhead Calendars!

- that chance that many Fans thought they might not ever have again... Right in the middle of a real rocker like say... Is why I just Love!! The' Art' on the Cover of this " Dave's Picks 28 " - because it looks like that East Coast Party!! Out-side the Show - and even while it's still light out too!

Like 7 Dancin' East Coast! Best described as a High-Energy' Scorcher!

- with even the down-tempo tunes getting high energy infused Rock-ings! This is the Band letting out some pent-up Energy! In the Finest-Form -- while still So-Air-Tight! While way-back-in-the-day - the Boston & Beacon runs might have been the overall most' circulated' Shows Tapes!

The Band kicked it down Twice!! In 2-Shows while in Portland! Then once during the Boston run - once during the Beacon (New York) run - and then Right-Here! On 6/17 at the Capitol Theatre!!

And, to make any good Deadhead lather even-more here (who' has-yet' to hear this one) - here is just exactly! With a Let It Grow > Drums > Let It Grow!! And, not even to mention as well...

Here's how the 1st Set closed-up prior... " night for-sure here by the Band, with - this even being " Night 1 too - of this 3-Show Capitol Theatre run. Not much a lack-of-warm-up here' at-all' considering that the Beacon Theatre just had its doors blown off of it for 2-Shows just 1-night prior.

The Boston Music Hall also' paid-the-price' for 4-Straight! Nights just before the Beacon.

So, in a nut shell - this Summer'76 Tour was pretty much like - ahhhh...- let's just move those Amps to the next Venue while they are still Smokin' with all of this Live-Dead Magic! The Band hadn't played much in the last two years, and that's true - but... Just like you might also well expect, considering This!

To be found - really anywhere?? And, let's be honest here - as that's a serious achievement & feat for any Great Live Band - much less this Grate! Are pretty-much just inside a unstoppable Grove! I sure do know quite a few Fans out there who consistently " pride " themselves on their adorning-love for " 1976 " - and... Are a real-big portion of a majority of those claims. Some of the Fall Tour'76 Stellar! You bet it was pretty much coming-up' Roses' to say the lest - in the form of 1976!!!

Auditorium Theatre - Chicago, Illinois (IL) - June 28, 1976 (6/28/1976) : High Time. Out of Print (2018 GDP / Rhino release) Grateful Dead Dave's Picks 28 Volume Twenty Eight Capitol Theatre - Passaic, New Jersey (NJ) - June 17, 1976 (6/17/1976) Limited Edition / Individually-Numbered Set (of # 18,000) 3-CD Set is in Like New Near Mint/Mint! Condition - very-close to New overall. The factory sealing shrink wrap has been severed on this 3-CD Set, but the CD Case has never been removed from inside the factory sealing shrink wrap. The CD's have never been played - and the CD Case, CD's & Liner Notes have never been touched (severed shrink only). This 3-CD Set is new minus the opened / severed shrink wrap mentioned, and it has been Collected-Only! Inside protective plastic in my professional CD rack. Please see all photos provided. Photos included are of the actual item you will receive. Grateful Dead Summer Tour'76! Opening Night from the Capitol Theatre! This Grateful Dead " Dave's Picks " release series has constantly growing in popularity...