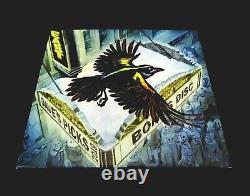 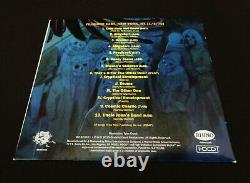 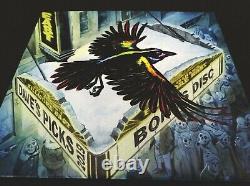 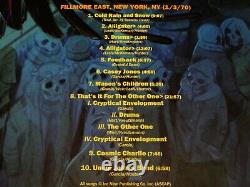 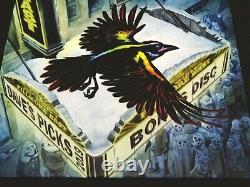 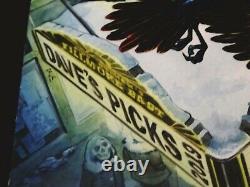 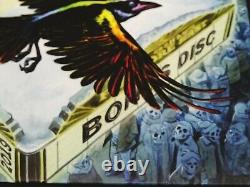 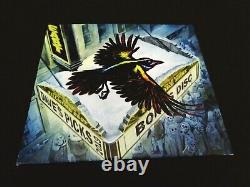 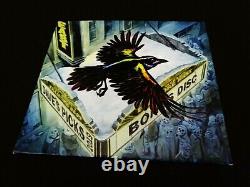 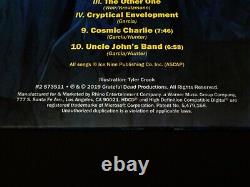 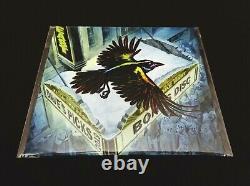 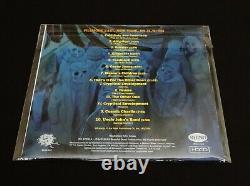 Good Ol' Grateful Dead Fans!!! As there is nothing-short of Early 1970 Grateful Dead History!! January of'70 Show at Bill Graham's one & only...

Fully-Established (' Wholeheartedly') as the East Coast & New York New York City! As no Band would even consider laying down, laying up, or taking off some of the heat (even a little bit) at the Fillmore - because everybody well-knew that This! Was indeed how your Band & your Image was Judged (& rightfully-so). So really, the only question truly was... And, being in 1970 (arguably Rock's single " Golden Era " year - or at least one-of-them if you had to pick just-one) - the Live Band-to-Band " Competition " was Ultra-Tight!

- and the Rise to the Top! But, in listening through this Immaculate!

Stand at the Fillmore East... The Grateful Dead are in so-many-ways displaying, showing & flat-out Proving!

That they truly cannot be' outgunned' in any-way, and by any Band! When it comes to the specific Blues-Driven & Heavy!

Ballpark - which, truly became theirs -- and their Live " Identity " overall during this Incredible Rock & Roll Era! Though there a lot of different theories & opinions on which' specific-year' Pigpen! - it would be darn-hard to lean away from 1970 in any way, when it comes down to it. Was is'68,'69,'70,'71... I don't know & sure can't say for certain myself - but, it's certainly safe to say that 1970 lays' Dead' smack! In the' middle' of this ultimately correct-answer' free' conversation. But, I sure can tell you that'70 G. Shows like this drive me right to the brink. And, wow - I mean just match this notion with the fact that Garcia was clearly-feeling a' freshness' & volume-esque " clarity " right-in this period when he was slowly but surely making the decision to switch over from Gibson's to Fender Strat's.

Some play both, and some settle one way or the other over time - but, let me just put it like this... What Guitar's are generally slung over the Rolling Stones shoulders after say 25, 30, 40, or even... Jerry was simply moving away from the desire for heavier' raunch' from the Guitar guts itself, and was becoming a fanatic for clarity-of-tone, and like many do eventually realize - if you do want the raunch, graininess, boost, or just the sheer-heat...

You can get it in a much more manageable-form from your pedals. And, just think here for a second - as who else really felt that way?

Well, one of them is called American Beauty! " - and, the other one is called " Workingman's Dead!!

Cold Rain and Snow Alligator > Drums > Alligator > Feedback Casey Jones Mason's Children That's It For The Other One > I. Cryptical Envelopment Cosmic Charlie Uncle John's Band. Out of Print (2019 GDP / Rhino release) Grateful Dead Dave's Picks 2019 Bonus Disc CD Fillmore East - New York, New York (NY) - January 3, 1970 (1/3/1970) 1-CD is Brand New (not individually factory-sealed). This Bonus Disc CD was very-carefully removed from inside the shrink wrap of a Dave's Picks Volume 30 Set, and the CD itself has never been removed from the CD Case Single-Sleeve, or touched - as shown in the photos provided (please see photos).

Hence, the immediate rarity & long-term collectible nature of this rare " Bonus Disc CD " item. This listing is for a Brand New Dave's Picks 2019 Bonus Disc CD (1-CD)' Only' Dave's Picks Vol. 30 3-CD Set is not-included. This item is in the category "Music\CDs". The seller is "springfromnight1989" and is located in this country: US.