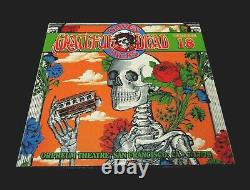 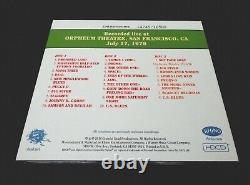 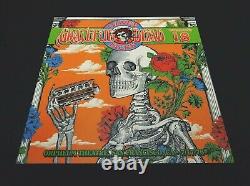 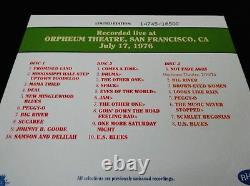 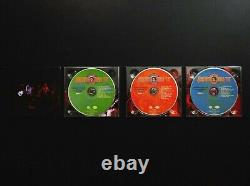 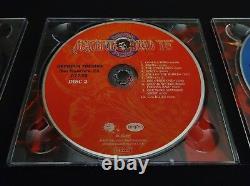 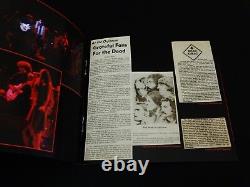 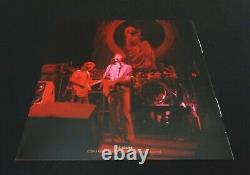 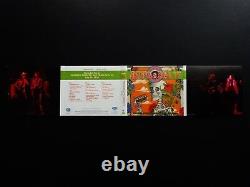 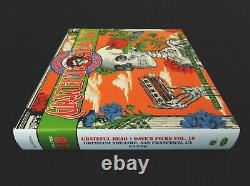 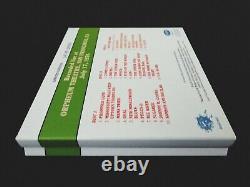 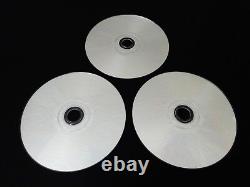 I mean just simply do your Historical Calendar and even Dead Base math! On this one, and you will quickly-know just exactly where Your! Right on top of the Home Turf! Of the Good Ol' New! Grateful Dead - on July 16 & 17, 1976 - at San Francisco's Beautiful! On the'76 Summer Tour - just shortly-after their Mid-'70's group " Hiatus ". And so-ready to Rock & Roll!!! To the Gateway of yet Another! Era period -- 1976 > 1977!!! To deliver Live Rock & Roll - in a brand new, and arguably even " new & improved " Live G. Some Fans even prefer'76 to'77, as most of the main points tend to deal with a little more' freshness' - set lists a little bit less settled into - and, for lack of a better way to' say' it... Just a tad more up-tempo' pop' &' punch' attack of the beats throughout 2nd Sets, and' especially' through 1st Sets. And though'77 might definitely have'76 one-upped on the " Silky-Smooth ", it also might have it a bit more on the Disco-Dead side... But, down to sheer personal opinion - it's just splitting hairs, and getting down to the real nitty gritty.

Simply because not only are these Shows so stand-out - but, also because better & better Soundboard copies continues to trickle down. All the way until the Mid/Late-'90's Era - where I personally finally found the copies that I considered The-Bomb! So, needless to say - I was all eyebrows-up when I saw that this one was going to come down the pro-release circuit pipeline in this Limited Edition 3-CD format... With the first question I asked myself being -- Wow... Are they going to make these Shows Tapes!

What makes me the Happiest of all here - is that this question was so-solidly answered, and then some. 7/16/76 & 7/17/76 freshly in your Music Collection arsenal - you can now even consider giving' staple' like releases a momentary peaceful rest such as... Cow Palace'76 - Spirit Of'76 - Dick's Picks 33 - Dave's Picks 4 - etc. And Everyone is completely spot-on, with you-know-who Jerry.

Never even coming close to missing an up-beat, down-beat, while just consistently surfing the horizon-edge of every single attack-spot & jam-pocket like a surfer on a tidal wave. It should also be noted that where you might think there are some timing mis-communications, or musical flubs, basically... From a pure & simple lack of playing together (lately) in the holistic " Rhythm " of the Drums-meets-Base-meets-Bobby Guitar - there is really nothing " off " at all - and any musician worth their weight in Rock & Roll will tell you straight-up... Hands-down one of the most important Grateful Dead releases here of the Post " Hiatus " Era 1974 - 1976 (roughly) - without any question...

And coming right to You! - through your headphones, into your ears - and completely-deeply straight into your Mind & Soul...

Or, as I should probably more-appropriately say -- channeled right-into your' Dead-Head'!!! Comes A Time > Drums > Other One! > Space > Eyes > Other One!! Being there just must have been something-else for those fortunate enough to be inside these Summer'76 SF Orpheum Shows... And, just as usual - I'm still waiting for all of these silly repairs on that Good Ol' Grateful Dead " Time-Machine "!

CD Case (3-CD Quad-Fold) is in Like New (Near Mint/Mint) condition (please see photos). This 3-CD Set has been carefully stored inside protective plastic in my professional CD rack. Please see all photos provided. Photos included are of the actual item you will receive.