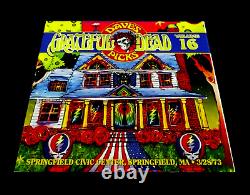 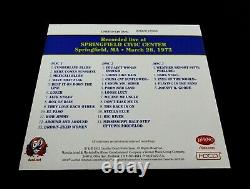 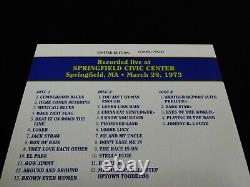 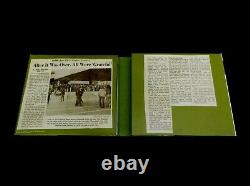 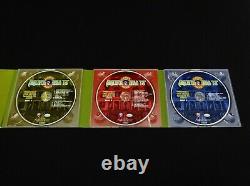 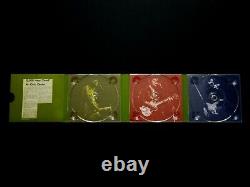 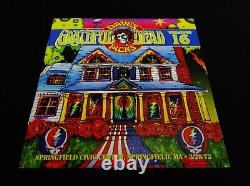 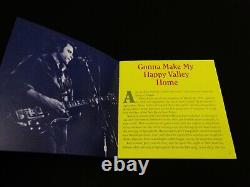 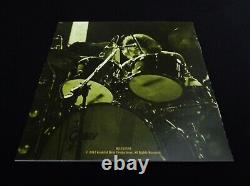 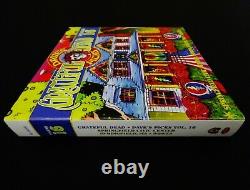 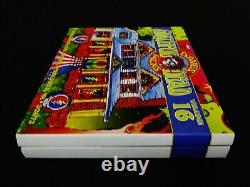 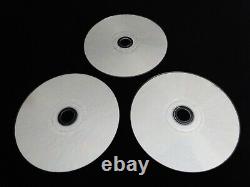 On trying to summarize the importance of this Magical! Live-night of'73 Spring Tour Grateful Dead!!! What's that old saying about " Springfield "? Isn't it true that like almost every U. Well, I know Oregon has one Whoa? I know the Simpsons has one too! But - this I can pretty much confirm --' No-Springfield' has been treated just quite-like-this Ever! By the Good Ol' Grateful Dead!!! I mean to hear this-one was going to be pro-released had me jumping up & down, as this 3/28/73 Show has been a Grate! Friend of Mine - since I was a little kid. And, in fact - it was a pretty huge' circulation' in my neighborhood as a kid!

And all I can say is that I got so-lucky... Simply because this Show went down on the exact same day that one of my childhood buddies was born! Way back in the'80's, or - in any Era for a true Deadhead I suppose...

If there was a Show on Your! -- and, if you had to do whatever it took, then so be it. Thankfully, my buddy tracked this one down through the tapers network aka.

Maxell Cassettes of this-Show since I was a little kid... Get spun in the Naks, with frequency! So there's my right-place-at-the-right-time story - but, such an important one... And, because of this - there are absolutely No!

Surprises on this one for me... Other than, well - you know..... Out of the gate on this release, even far-better then I even remembered... Garcia delivering pointed treble-flurries everywhere!

- just as one might expect... The Wave that Flag makes you feel a bit like Roscoe Maples - sitting in Springfield in the Front-Row! The Loser is one-big Garcia Fest!! Just like it should be, right?

And just the way my-ears like it. The Row Jimmy is sweet! - and the Brown Eyed Women is yet... It really should be noted -- this is just one of those Shows where Jerry is ON!!! Hence, the popularity of This-Show! Oh yeah, and that's just Disc 1! As the China > Rider!!! Pretty much steals the Show (on that disc).

With, the Loose Lucy - Race Is On - and 1/2 Step Mississippi coming in right on it's just-nasty! Let me tell you right-now though... And, in the opinion of some that I've spoken with seriously about this Show... Of this is just a pre-cursor to This!!!

Frankly, this is a Show that I could not live with - and glad I haven't had to... As it's been with me now for close to 30-Years Thank You Analog-Tapes!! TRACK LISTING >>> Grateful Dead Recorded' Live' at the Springfield Civic Center - Springfield, Massachusetts (MA) : March 28, 1973 (3/28/1973) : Disc 1 : Cumberland Blues Here Comes Sunshine Mexicali Blues Wave That Flag Beat It On Down The Line Loser Jack Straw Box Of Rain They Love Each Other El Paso Row Jimmy Around And Around Brown-Eyed Women Disc 2 : You Ain't Women Enough Looks Like Rain China Cat Sunflower > I Know You Rider Promised Land Loose Lucy Me And My Uncle The Race Is On Stella Blue Big River Mississippi Half-Step Uptown Toodeloo Disc 3 : Weather Report Suite Prelude > Dark Star > Eyes Of The World > Playing In The Band > Johnny B. Item Condition : This Rare Out of Print (2015 GDP / Rhino " GD 50 " release) Dave's Picks 16 (Springfield Civic Center - Springfield, MA - 3/28/1973) 3 CD Set Limited Edition #'ed Set (of # 16,500) is in Like New Near Mint/Mint! CD's (Disc 1, Disc 2, Disc 3), Liner Notes (12-Page Booklet Insert) & CD Case (3-CD Quad Fold) are in Like New Near Mint/Mint!

This CD Set is in what I personally consider " Collector's Grade " Like New Near Mint/Mint! Please see all photos provided. Photos included are of the actual item you will receive. This item is in the category "Music\CDs".