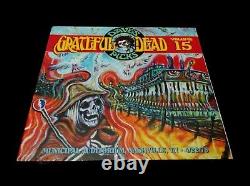 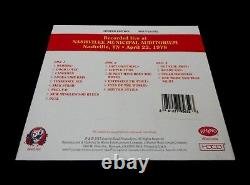 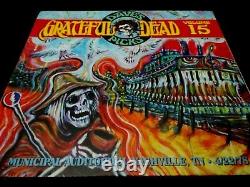 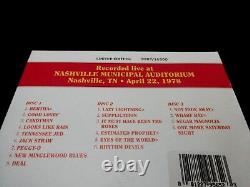 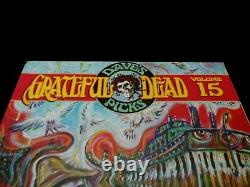 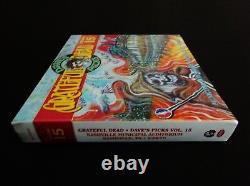 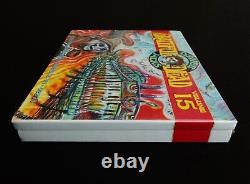 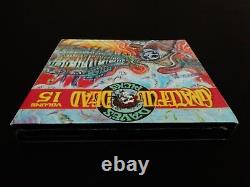 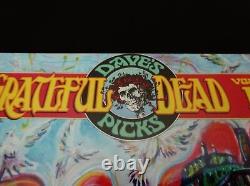 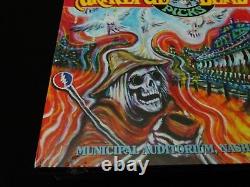 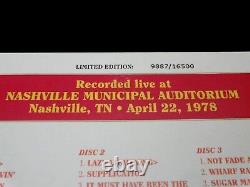 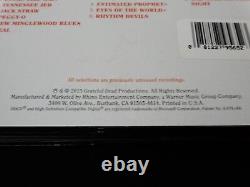 - on an Eastern-swing in Nashville!!! Late-'70's Silky-Smooth G. All-throughout this-release from a Rare! I mean let's just put it this way...

As on 4/22/78 - " There Ain't No Place I'd Rather Be "!!!!! And that's no-joke at all. Maybe the Band was just ripped, roaring & ready - knowing that they'd likely be performing' For' Mr. Unit Delivering the Goods on the spot! Hey, I mean playing in Nashville is a beyond-opportunity for any Band in any Era - to appropriately' Showboat' their stuff...

And, folks - that is exactly what happens here throughout this Show. This'78 Spring Tour Nashville-night is both Satisfying & Pleasant to say the very least...

With so-many tempo & timing consistencies that just Grip! Yes, the 1977 > 1978 patented G. Can simply not get enough of. Regarding this Municipal Auditorium Show - do keep in mind that this is only 1 of 3 Shows that the Dead ever played in' Nashville' --- and too...

Needless to say, to the local folk - this wasn't one to miss... When it came to seeing some high-caliber Live Rock & Roll!! And too, the " Municipal Auditorium " in Nashville does also have quite! The Rock & Roll Resume itself - when it comes to the best of the best in the Live Rock & Concert scene coming into town...

I've heard some pretty fine war stories myself about Stones & Dylan Shows inside this old Building! We've got Grateful Dead!! - on Spring Tour'78!!! I mean how many Dead Fans were immediately fired up for this Show, well-knowing the kind of things the Band were doing on say... Just 3-months prior - on 1/22/78!!!

Bertha > Good Lovin' kicks off this party - with a way-juicy! And then after the L. Rain --- here it comes... Dang, I mean if we only had some pro-shot Video - not only of the Band... But of the the Facial Expressions! Then after that, comes the arguable Burner! Of the 1st Set - in the form of a High-Energy! Peggy-O & Minglewood are nothing-short of perfection 1978... & somewhat different variety of' Deal' - with a massive team-build-up of the Vocal Rap at the end! Pretty neat, and still a little prior to the era of Garcia just un-corking Huge! Solos at Deal's end. Way-nice, and I bet you will really dig it! The Lightning > Supp is just Pure-Smoke!!!!!

While it is also worth noting that the Drums > Space " Rhythm Devils " segment is' out-of-the-ordinary' special (like it always is, yes)... But, you know what I mean - Listen!!

Then comes what kinda sounds to be Iko? Blistering-lines, without a beat even coming close to being missed. Keep your eye on the Outro! Sugar Mag > One More Saturday Night!!!

- and that Friends is indeed all she wrote - on this Nashville Showboat... Right' on' the " Nashville Skyline "!!! " Well-Deserving " of pro-release, really making me wish that this one could have been along with me during Dead Tour! Kind of digitally-remastered quality for the last Three! TRACK LISTING >>> Grateful Dead : Nashville Municipal Auditorium - Nashville, Tennessee (TN) : April 22, 1978 (4/22/1978) : Disc 1 : Bertha > Greatest Story Candyman Looks Like Rain Tennessee Jed Jack Straw Peggy-O New Minglewood Blues Deal Disc 2 : Lazy Lightning > Supplication It Must Have Been The Roses Estimated Prophet > Eyes Of The World > Rhythm Devils Disc 3 : Not Fade Away > Wharf Rat > Sugar Magnolia Encore : One More Saturday Night Item Condition : This Very Rare!

At the Municipal Auditorium - in Nashville, Tennessee!!! This item is in the category "Music\CDs". The seller is "springfromnight1989" and is located in this country: US.