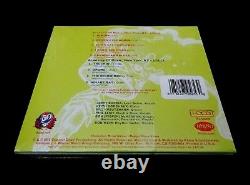 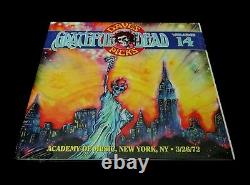 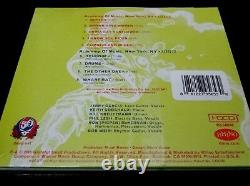 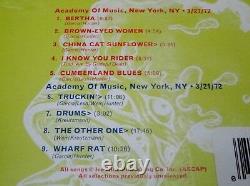 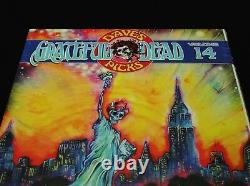 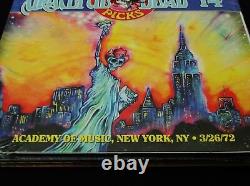 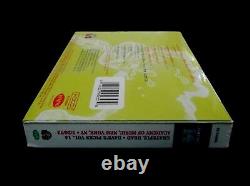 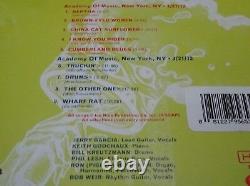 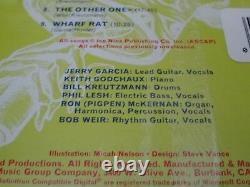 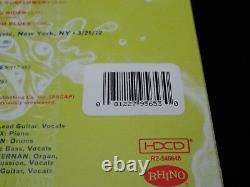 Now, how about it - and what do you-say! Spring Tour'72 Live-Dead at the Academy of Music in New York City!!! I don't know what your reaction was, when you 1st caught the word on this one... That it would indeed be a Reality! I spun out of my chair literally!

And put both-hands straight up-in-the-air!! Started clappin' and then let out one of those WaaaaHooooosss!!! I mean you can hear me here, right?

Giving just about all that he had left in the tank - to the Fans!!! At least in my opinion, Pigpen truly defines the definition of a Rock & Roll' Professional' in this period & era. He's not feeling himself as we all well know, but even the finest-tuned Fan' Ear' - can hardly really even tell! Bob, Phil & the Masterful! -- and, completely consistent too, fluid & tight!

It's almost like releasing an Essential! Part of a 2-part box set, like 1/2 of it! -- over a Decade later!! But hey, we're real patient Deadheads...

Is in Like New Near Mint/Mint! This 4-CD' Bonus Disc' Set was available via 2015' Annual Subscription - Only! The factory sealing shrink wrap has been severed on this 4-CD Set - but the CD Cases have never been removed from inside the factory sealing shrink wrap. The CD's have never been played. CD Cases, CD's & Liner Notes have never been touched (severed shrink only). This 4-CD' Bonus Disc' Set is brand new minus the opened/severed shrink wrap mentioned - Collected-Only! Inside protective plastic in my professional CD rack. Please see all photos provided of the actual item you will receive. At the Academy Of Music! - on the 1972 Spring Tour!!! This 3-CD Set is a Limited Edition Series (of # 16,500) 2015 Edition!