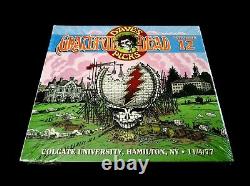 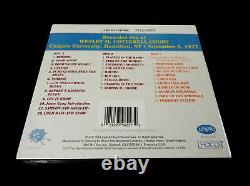 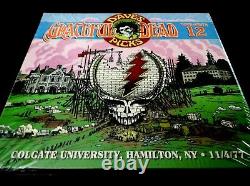 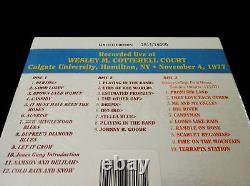 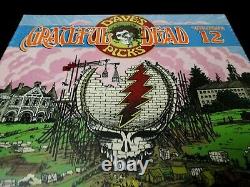 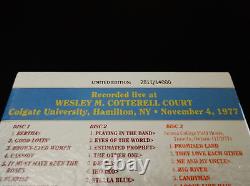 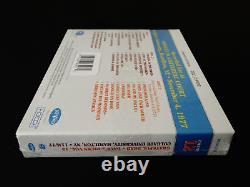 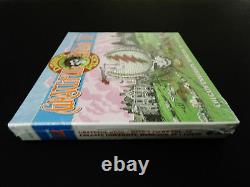 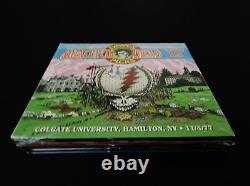 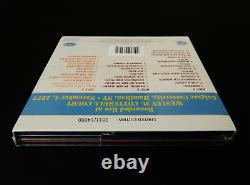 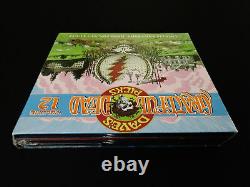 77 Fall Tour - Live-Dead!!! Yes indeed, as it has indeed arrived - and just about 37-Years after it 1st went down Live! With cream of the crop Digital Sound!! Certainly nothing' unreleasable' about these Reels... Three shouts out to the lack! Of Ravages-of-Time, with this Audio Beauty! But, before we start talking G. Here, it is of course of the utmost importance to give a Massive! Shout-out to the 1977 Colgate University Student Body! Because believe it or not - they were indeed! Successful in making the Good Ol' Grateful Dead right in their'77 Prime! The' Official' Colgate University " Dance Band " for their'77 Homecoming Weekend!!! The Colgate Raiders managing to convince the power-that-be or were in'77!

To actually allow the Grateful Dead... And obviously, the Grateful Dead Touring Fan Faithful! To descend, or in some cases - even Land! From places elsewhere & likely from 11/2/1977 Toronto! On the Colgate University Campus...

So yes, all of you other' Student Bodies' out there have quite a bit to live up to... To be just like, and as Cool! Class Of'77 was -- able to draw the Grateful Dead for their School Homecoming Dance!

Oh my goodness, as where do I even contemplate-beginning to start with this one? A Grateful Dead Prime Era? A New York region High-Energy Show? Tape of Myself & Many! Just 2-Days before 11/6/1977 Binghamton?? I guess I could just stop there, right? As there is just too-much G.

The Band is just Silky-Smooth! - just like you'd well expect, but all throughout this Show - song-by-song... And seriously, it happens to the point - where it looks like they are personally challenging themselves as a collective unit to leave no vocal or jam-pocket stone unturned!!

Little vocal-extras, treble-twangs & accents in the' right' spots, backing vocals, rhythm playing - from the Guitar, Keys & Bass! Do our Heroes sound great here -- and, I can't help but saying it (again, as usual)... But, Garcia's Vocals specifically - just sound Exceptional!!!

There is tone-bliss all over the place & Everywhere! All throughout both of these 11/4/77 Sets... And, saying up front that Phil's little " Jones Gang " thing is totally fun & funny...- but, after that salute... It just gets tough -- Really-Tough!

To pick personal favorites from this Show? Well, for me, I'd have to say that the Let It Grow! - the Iko > Stella!

Are indeed treated to a 3rd CD Surprise!!! 1st & 2nd Set hand-picked selections from the also Legendary'77 Tour 11/2/1977 Seneca College Field House Show - in Toronto, Ontario!!! A Show with not only tip-top Beautiful! 77 tempo versions of T. & Ramble On Rose from Set I... But also one of' The' Exploratory! Versions of Scarlet > Fire!!!!!

And, a Terrapin Station too - that offers all of the'77 build-up that you might expect... Almost approaching its 1st Birthday! Wow, and what a G. When I first caught word that word that this'77 Seneca / Toronto Show was going to be the little... Or, as I should say - the Huge!!!

Extra - I was sure psyched. Made my Dead Fan day...

Inside protective plastic in my professional CD rack. Please see all photos provided. Photos included are of the actual item you will receive.