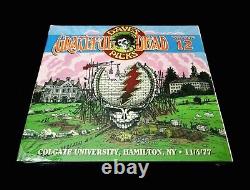 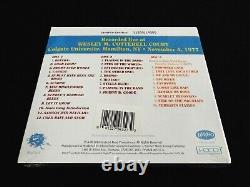 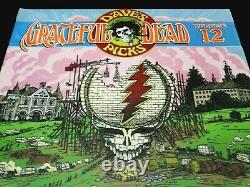 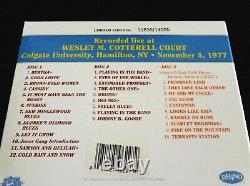 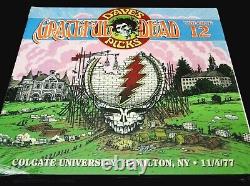 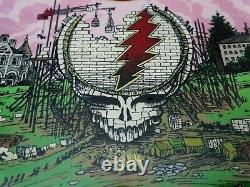 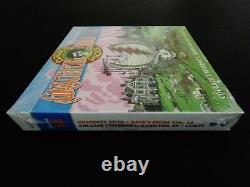 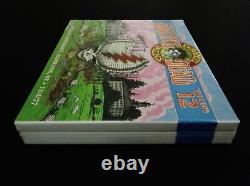 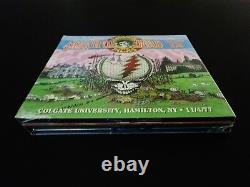 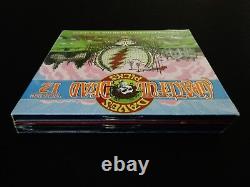 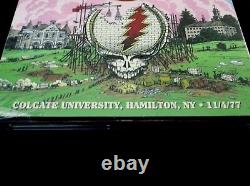 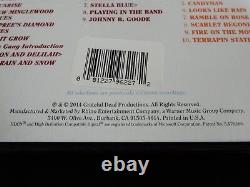 Taking place at the 1977 Colgate University' Red Raiders' Homecoming Dance!!!!! 77 Fall Tour - Live-Dead!!! Yes indeed, as it has indeed arrived - and just about 37-Years after it 1st went down Live! With cream of the crop Digital Sound!!

Certainly nothing' unreleasable' about these Reels... Three shouts out to the lack!

Of Ravages-of-Time, with this Audio Beauty! But, before we start talking G. Here, it is of course of the utmost importance to give a Massive! Shout-out to the 1977 Colgate University Student Body! Because believe it or not - they were indeed!

Successful in making the Good Ol' Grateful Dead right in their'77 Prime! The' Official' Colgate University " Dance Band " for their'77 Homecoming Weekend!!! The Colgate Raiders managing to convince the power-that-be or were in'77! To actually allow the Grateful Dead... And obviously, the Grateful Dead Touring Fan Faithful!

To descend, or in some cases - even Land! From places elsewhere & likely from 11/2/1977 Toronto! On the Colgate University Campus...

77 Dead Show - Live & In-Action!!!!! So yes, all of you other' Student Bodies' out there have quite a bit to live up to... To be just like, and as Cool! Class Of'77 was -- able to draw the Grateful Dead for their School Homecoming Dance!

Oh my goodness, as where do I even contemplate-beginning to start with this one? A Grateful Dead Prime Era? A New York region High-Energy Show? Tape of Myself & Many! Just 2-Days before 11/6/1977 Binghamton??

I guess I could just stop there, right? As there is just too-much G.

Hey, I mean you wanted a Dance... Being'77 Fall, and all... The Band is just Silky-Smooth! - just like you'd well expect, but all throughout this Show - song-by-song...

And seriously, it happens to the point - where it looks like they are personally challenging themselves as a collective unit to leave no vocal or jam-pocket stone unturned!! Little vocal-extras, treble-twangs & accents in the' right' spots, backing vocals, rhythm playing - from the Guitar, Keys & Bass! Do our Heroes sound great here -- and, I can't help but saying it (again, as usual)... But, Garcia's Vocals specifically - just sound Exceptional!!! There is tone-bliss all over the place & Everywhere!

All throughout both of these 11/4/77 Sets... And, saying up front that Phil's little " Jones Gang " thing is totally fun & funny...- but, after that salute... It just gets tough -- Really-Tough! To pick personal favorites from this Show? Well, for me, I'd have to say that the Let It Grow! - the Iko > Stella! Are probably my personal " Noteworthys " from this fluid, tight & Stellar!

If your aren't already' in the know' - well, this wasn't the longest Dead Show ever... Though still way-up-there in' Quality' - But! It even actually fits entirely on the 1st Two (2) Discs on this 3-CD Set!

So, that means that You! Are indeed treated to a 3rd CD Surprise!!! 1st & 2nd Set hand-picked selections from the also Legendary'77 Tour 11/2/1977 Seneca College Field House Show - in Toronto, Ontario!!! A Show with not only tip-top Beautiful!

77 tempo versions of T. & Ramble On Rose from Set I... But also one of' The' Exploratory! Versions of Scarlet > Fire!!!!! And, a Terrapin Station too - that offers all of the'77 build-up that you might expect...

Almost approaching its 1st Birthday! Wow, and what a G. When I first caught word that word that this'77 Seneca / Toronto Show was going to be the little...

Please see all photos provided. Photos included are of the actual item you will receive. Please Note : This 3-CD Set is a Limited Edition Series (of # 14,000) Edition!