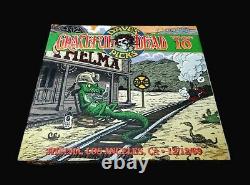 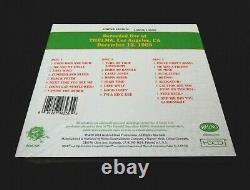 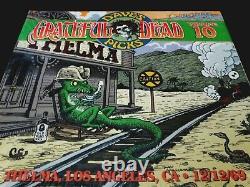 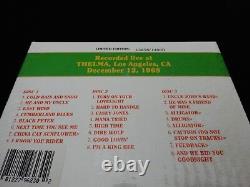 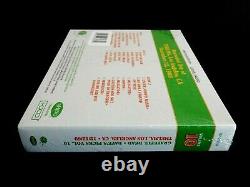 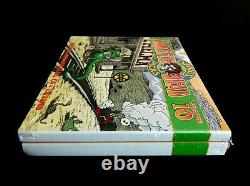 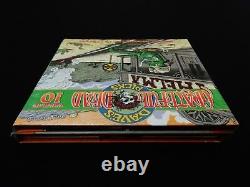 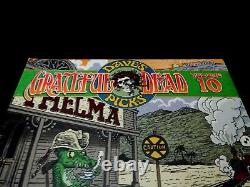 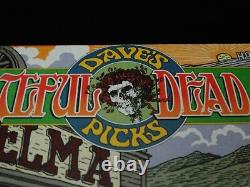 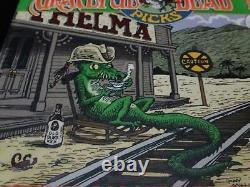 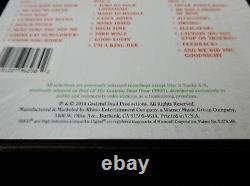 And, this just isn't any'69 Show either though I really would listen to any of them! But, this very-special release from the cherished Vault! In the form of Thelma Theater - in Los Angeles, California... Straight from the Sunset Strip!!! And, speaking for myself - I've been crazy about the Live Electric!

Because we selected it for the 1st! Tape to get played in the Car, on the way down south to San Francisco - in August 1995 - on the journey to Golden Gate Park, to show appreciation - and appropriately celebrate the life of Jerry Garcia. We needed to kick this road trip off in a way that showed the greatest respect possible - and, ultimately decided that 12/12/69 sound was indeed the' right' choice... Uncle John's Band > He Was A Friend Of Mine. Then followed by a Heavy-Duty! Alligator > Drums > Alligator.

So for me - when I think' Thelma'69', that's what I remember. That this one was finally selected for pro-release, as it's now been about 25-Years since I found just a little golden chunk of this one, and now...

A pristine digitally remastered version with some seriously generous song additions! Wow, and to think that this one was played right on the Strip! - and, in a small Rainbow, Whisky, Roxy type Club -- and, a quite smaller & more intimate Venue too - from the crowd sounds on these CD's. I can't even believe that I now actually own this one, as I'm actually feeling honored, or something like that.

I mean here's the general mood in the air when this one gets-a-rollin', completely classic... Before-set ritual, time to contemplate... Why doesn't someone go and make a Tequila run? - and we all can get Drunk!

And of course, Hey Bear - how about some monitor-action Bear? And then, it gets down-right Bluesy!!!

The tempo starts out fierce, but - not fierce in a' fast' way, but in a slow & controlled - we're just gonna Smoke!! I mean let's just put it like this - if, you hadn't already well expected it...

Pigpen is on sheer Fire!!!!! That's certainly one of the trademarks of this glorious 3-CD Set - for certain!

Is this Late-'69 period in general! Right on the heels of Workingman's Dead - there are over 1/2 dozen tunes from Workingman's delivered freshly!

- communication, tempos, and voices Garcia!! Are nothing short of remarkable.

Comparatively too, to say Dick's Picks 16, Dave's Picks 6... - I mean this is'69 Live Dead in its rightful groove! But, this one being in such a small & intimate Venue & right on the Sunset Strip too! - it's just that special...

The whole time during this Show, they must have been thinking to themselves... Damn, we've gotten pretty good! None of the Boys in the Band would ever say that of course, but instead - they deliver it! Right through the PA's.

I'm listening to Cumberland right now, and it's awesome... Pig also delivers a 30-Minute + Lovelight! On here too - one that goes strictly Blues...

To the point that it's hard to even know what hit you? Plus, though there is hard & heavy everywhere all throughout this Show... It is amazing how much of a different overall mellow' Vibe' it can deliver, say in comparison to - the Late-Feb / Early-March 1969 Fillmore West Shows...

As it's so very clear that these Boys are heading into the beautiful-music unknown - best described as the Workingman's Dead Era!! Just letting strings & tones resonate! - and letting subtle & full!

This Black Peter is silly, it's so good! The sound is so incredibly rich - that it feels like Garcia's got his 6-string & mic... While he is sitting right on your couch! And also, keep this in mind... That same little' chunk' of G.

Magic that I've mentioned earlier? Well, that was obviously a somewhat common circulation - in the Dead Fan taping community in the Mid-'90's... And, I finally confirmed that when it indeed aired on the Dead Head Hour in 2000!

But, this time - it was not only the Uncle John's > He Was A Friend > Alligator > Drums > Alligator... Of that Magic is right on here, in the form of Disc 3. And as far as some of the earlier tracks on this release? Count your lucky stars in the form of yet another " Return " of a Reel-To-Reel to the Vault!!!

I can just kick-it & relax like a Sleepy Alligator in the Noon Day Sun!!! Still had better keep the Tail! I mean just check out that Cover Art!!! Add this one to your collection, and don't even think twice.