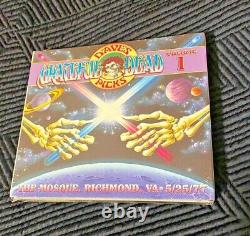 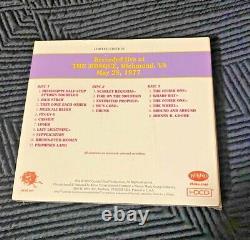 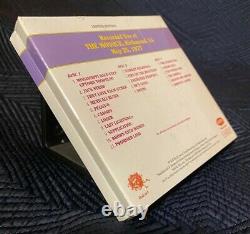 Rare Find Brand New and Sealed Not numbered This is in the first in the Daves Picks series Rare and Hard to Find in New Sealed condition. Dave's Picks Volume 1 is a three-CD live album by the band the Grateful Dead. It was recorded on May 25, 1977, at the Mosque in Richmond, Virginia, and contains the complete concert from that date. It was released on February 1, 2012. The album is the first in the Dave's Picks series of Grateful Dead archival releases, the successor to the Road Trips series. It is a limited edition of 12,000 individually numbered copies. The cover art, by Scott McDougall, depicts the hands of two skeletons in outer space, with clashing drumsticks that resemble lightsabers. This is a nod to the film Star Wars, which was released the same date that the concert was recorded. "Mississippi Half-Step Uptown Toodeloo" (Jerry Garcia, Robert Hunter) 10:42. "Jack Straw" (Bob Weir, Hunter) 6:17. "They Love Each Other" (Garcia, Hunter) 7:21. "Mexicali Blues" (Weir, John Perry Barlow) 3:39. "Peggy-O" (traditional, arranged by Grateful Dead) 7:44.

This item is in the category "Music\CDs". The seller is "johnkay62" and is located in New Hyde Park, New York. This item can be shipped worldwide.