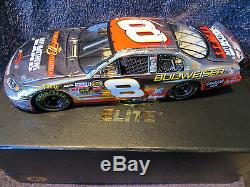 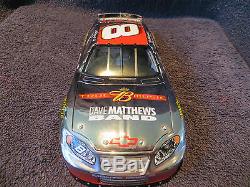 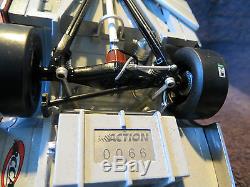 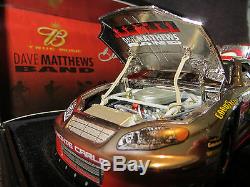 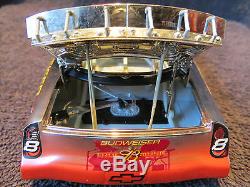 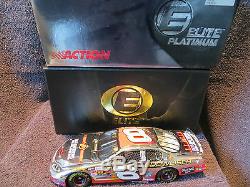 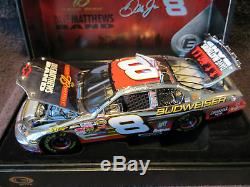 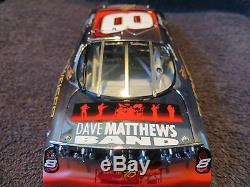 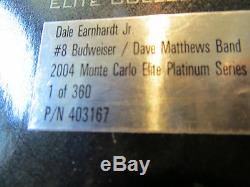 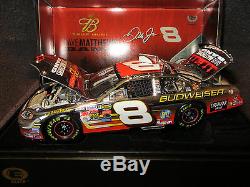 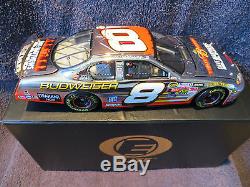 Only opened for inspection and pictures!! #066 of Only 360 Made Worldwide!! #8 Budweiser / Dave Matthews Band PLATINUM 1:24 Scale 2004 Monte Carlo. This is Jr's special paint scheme honoring the Dave Matthews Band in 2004, but in pure PLATINUM plating instead of red paint!! What a Sweet Sweet piece!!! Dale finished 5th in the standings and had 6 Wins, 16 Top Fives, & 21 Top Tens in 2004!! TWO-TIME NASCAR BUSCH SERIES CHAMPION!! VOTED NASCAR'S MOST POPULAR DRIVER 15 CONSECUTIVE SEASONS!! JR is ranked 29th out of 189 drivers on the ALL-TIME NASCAR Cup Series Win List with 26 Wins, 149 Top Fives, 260 Top Tens, and 15 Poles!! Own a piece of Awesome Diecast from an Awesome Driver!!

Cars still feature tampo-printed graphics with high quality paint. Approximately 8 tons of raw ore must be mined to produce just one pure once of platinum!! Diecast collectors have long known that "Action" is "Tops" in the Diecast Manufacturing World and Action's "Elite" Line is THE Top Line for Action and in the Diecast Collecting Community!!! Elites are Highly sought after Diecast!!!

#066 of only 360 Ever To Be Made!! Check out our other items! Take a minute to look at our store >> Big Kid's Kollectables Plus! Please feel free to ask us any questions. Thank You and Good Luck!

The item "Dale Earnhardt Jr #066/360 PLATINUM Budweiser / Dave Matthews 2004 1/24 #8 Elite" is in sale since Sunday, May 4, 2014. This item is in the category "Toys & Hobbies\Diecast & Toy Vehicles\Cars\ Racing, NASCAR\Sport & Touring Cars". The seller is "hockeytownkid" and is located in Harrison Township, Michigan. This item can be shipped to United States, Canada.